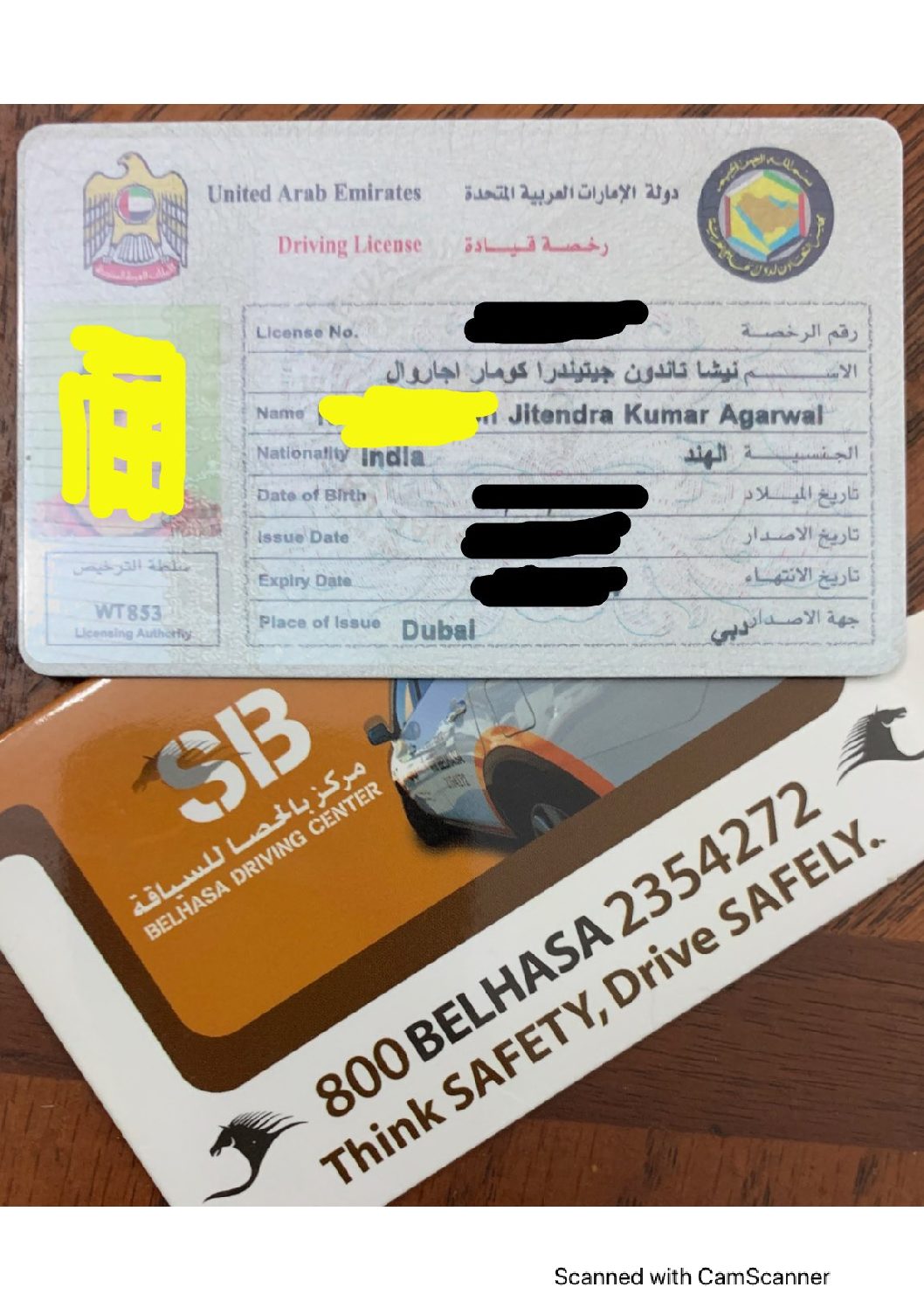 The three of us waited outside the RTA Officer’s room holding our breath. It reminded me of school/college days when you waited outside the Principal’s room…knowing not what to expect and why you were summoned. I kept on consoling myself…it’s going to be ok, this was just the first attempt and I will definitely make it in the second. The trend there was, generally they called out names of students who failed first and lastly of the successful candidate. I just hoped and prayed it wasn’t me she called first. At least the probability of success would be higher. But everything least I expected was happening that day. The three of us waited and consoling each other…its fine, but fearing the feeling of failure.
We were literally standing with our ears on the door. And then my name was called out. O God! so I hadn’t made it…..disappointed I knocked and walked in. I greeted her. She asked me to give my Learner licence. I fumbled through my bag and nervously handed it over to her. She asked me if it was my first attempt. So this was to tell me in other words that …”It’s only your first attempt!”I was preparing myself for the worst. So I have to go through the grind again. I waited for my result already in a state of disappointment. She signed and put the stamp on my result and handed it over to me…”PASSED”!!!!. I couldn’t believe my eyes and ears. Did I just hear it right??? I almost had tears of happiness…we Indians are real emotional fools….cry when we are sad or even extremely happy…I thanked her…once ,twice and I think once again….and ran out…yipeeeee I had done it….Climbed the Mount Everest???? someone would think….but for me..it was almost close to that….I had promised myself my licence before the end of July….and God helped me to get there. The next two fellow examinees also got their result…they were successful too….so we had an examiner whose mood was great on that particular day and luck was on our side too.
I walked to the counter and with my best smile ever handed over the result to them. The lady at the counter congratulated me and asked me to come the next day to collect my licence….I was already flying on seventh heaven….I didn’t have wings yet….what would happen after I had my licence in hand I wondered.I immediately called up my near and dear ones and informed them of my feat. I was really happy…and wanted to share my happiness with the entire world…but limited it to my closest circle. I called up Krishna, my instructor and told her…she was extremely happy and told me that she knew I was capable. I thanked Lulith who was an integral part of this entire process.
The next day I collected my Licence from the RTA center….room no 3…from where my dreams had taken shape…I had wished to be in the room at the earliest…and I had made it!!!This was my journey towards my road to success. I feel if we are determined and put our heart and soul into the task we will always succeed. Perseverance and hard work are key to success….By the way….this wasn’t the end…this was just the beginning…a new beginning in Dubai….more to share….

Interview with The Literature Today