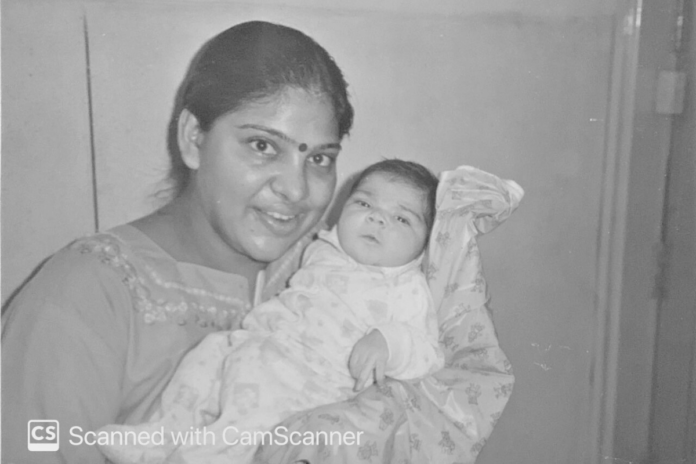 It was 1st September, year 2011. The day had finally arrived. It had taken 8 long years to finally for our dream to turn into reality. We, as a family were anxious but that was natural. The doctor has asked me to get admitted the previous day and since it was a cesarean delivery, we had planned it well. After waiting for a few hours , the doctor decided to induce pains to try one last time for me to have a normal delivery. I was wheeled into the operation theater when the possibility of a normal delivery was not in sight.
There was restless outside the OT, silence amidst the chaos and the family praying. Finally the little pink 6.5 pounds baby arrived at 2:51 P.M. The family was given the good news and everyone was hovering outside the OT to catch the first glimpse of her. I was unconscious so I missed all the fun. Finally, as she was being taken to the room where I had been shifted, my sister and brother in law, captured the moments in their video camera. In those days , the video cams were not as sophisticated.  They were filming her trip from the nursery to the room – an exciting, memorable one.
En-route, one lady stopped my mother and asked in a hushed voice,”Is it a boy?” Mom smiled from ear to ear and announced, ”No,it’s a girl!” The lady looked rather confused and told my mom,”Oh! A video was being made and there was so much celebration that I thought it’s a boy.” How would she understand that my angel had arrived after a struggle of 7 years. Did it really matter that the baby was a girl or a boy? Guess in Indian patriarchal society things haven’t changed as yet, and I didn’t see any hope too. But who cared, the celebrations continued till my younger one arrived…. two years later.