Mumbai,”the city of dreams”, that is what it was known as and that’s how it was. WE relocated to Mumbai in 2008 from Hyderabad and along with it came opportunities for Kittu that no other place could offer. When we shifted, we went through the tedious process of getting the kids admitted to schools, which is a Herculean task in today’s date. We had been told by many that Down’s syndromes could easily be integrated into regular schools. So along with our older one who for we looked at the probability of getting admission in St. Anne’s school,we also spent a fortnight sitting outside the Principal’s room to get admission for Kittu…but we had no luck there.Disappointed and dejected, we put her in a little nursery where the owner was kind to accept her inspite of “the problems Anoushka had”. We remain grateful to her as that helped to make Kittu independent and stay away from me for a few hours. Each day I left her in school , I would leave a part of me there…a worried mom “will she manage”, “will the teacher understand her needs”…worries were endless. But we had no choice.
Six months in Mumbai and we had no clue what we could do for Anoushka. School was the main cause of concern . We had no guidance and it seemed like a dead end . Then through some sources we heard of a school for special children “SPJ Sadhana” near Breach Candy. We were told that it was the most difficult task to get admissions there as Sr. Gaitonde, the principal was the difficult to get through to. So we started our research and journey to an uphill task. We tried to get through to Sr. Gaitonde over the telephone but had no luck. We were losing hope, my husband was busy settling down in a new city, so it was me who went through the mental trauma. New city, new home, no friends….what would I do?
Then one fine day, we just decided to drive down to the school, with the thought that in worst case scenario we would just be turned away . But for her sake we had to atleast give it a try. So we reached the school and at the reception asked to meet sister. Sr. Gaitonde welcomed us in her room and was happy to meet Anoushka. We couldn’t believe our luck. We interacted with Sister and discussed Anoushka’s medical state. She welcomed her to the school with open arms. I had tears of joy…what seemed to be an uphill task, seemed like a cakewalk. I blessed sister from the bottom of my heart….She asked us to fill up relevant forms and Anoushka could join school from the next day itself….we had found a path for her….a path which would lead to make Anoushka an independent child…loved my many more in her life. Sister asked us to meet the teacher who would be taking care of Anoushka…it is here we met Fionika…a dear friend now and Kittu’s mentor who plays an important role in our lives….. 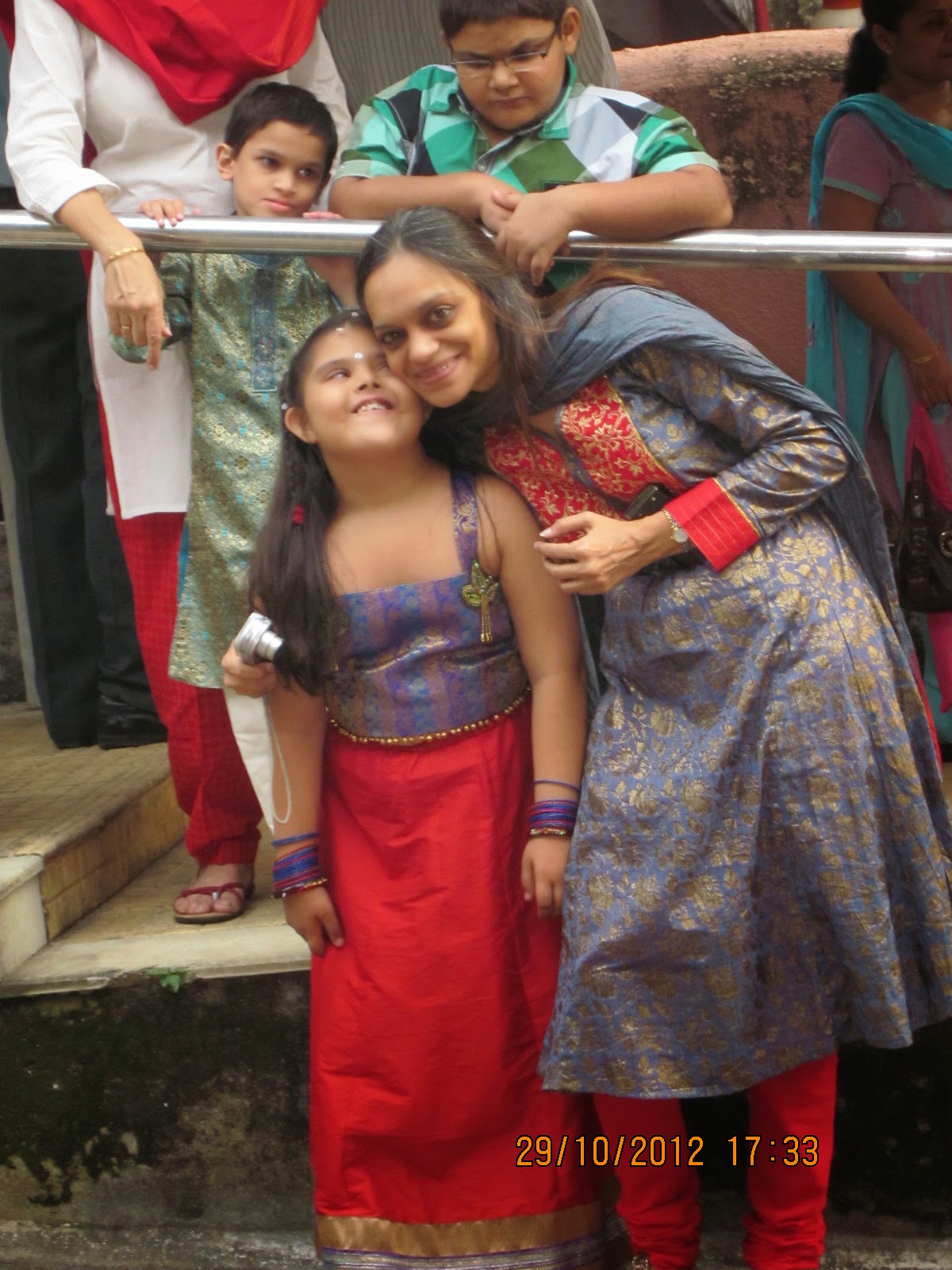