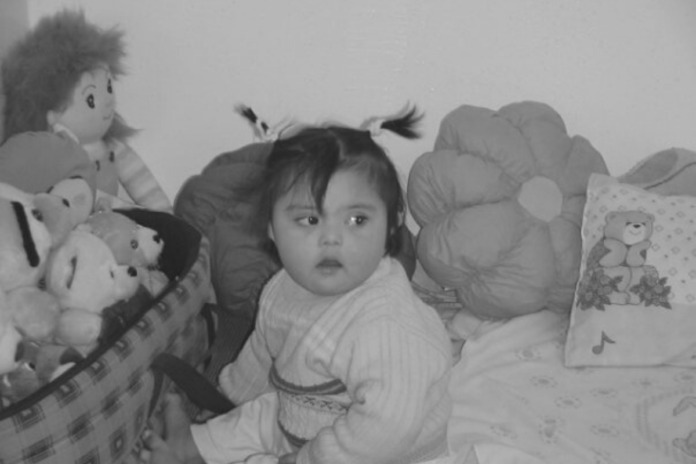 As a mother we tend to remember every “Firsts” of our precious new borns. But this “ first” is like a nightmare and no matter how much I would want to , can never forget it.
Anoushka, my second daughter , who is turning seventeen this year was diagnosed with Down Syndrome at birth. It came as a shock to us and for the first few months we did not know how to deal with the situation  . We had to make umpteen rounds to the hospitals for follow ups with the doctors to rectify ( atleast try) the harm already done to her. We were given no assurances but we did not want to give up. Trying to do the best to lessen the after effects of her diagnosis .

She was around four months old and her cardiologist assured us that the holes in her heart were something we needed to address when she was around two to three years old and he gave us the permission to travel from Delhi to Yemen, where my husband was posted. We were excited to reunite as a family after a year . We reached Yemen in February and settled in well. Anoushka has always  been a very friendly baby and a very happy child. She drew attention wherever she went, be it a supermarket, a mall or on our evening walks. We were learning how to deal with her milestone delays and tried to make the most of the situation we were in. We had no choice. A few months passed comfortably.

It was the second week of May and Anoushka was down with fever, despite the medication there was no relief. We took her for her vaccination to the hospital . She was still running fever. The nurse who examined her looked worried. She decided to do a couple of check ups. She informed us that the average oxygen level should be 95%  but Anoushka’s was only 51%. That took us by surprise. We had not noticed that her nails had turned blue. She was immediately admitted. But the medical facilities in Yemen were not satisfactory. We spoke to our cardiologist in Delhi and he asked us to immediately rush her back to Delhi. Was it going to be that easy? There were no direct flights and moreover the flights refused to board us as it was a medical emergency. They were not geared up with the medical assistance she needed. Anyways we managed to book ourselves via Mumbai and landed in Delhi.

We rushed her to Apollo Hospital. The doctor had everything arranged prior to our arrival. He did not waste any time and met us in the lobby. While my husband was busy completing the admission formalities, we rushed Anoushka to the IICU to give her the treatment required. I was like a zombie. Felt nothing absolutely. Probably God gave me the strength to hold strong through the ordeal.

Anoushka was there for a week to first normalise the parameters. She was in the IICU and I was not allowed to stay with her. The nursing staff was a blessing and they took good care of her. Despite the complications, Anoushka, a chubby baby of 8 months was always cheerful and smiling. It was heartening to see her. Then began the journey towards the PDA closure ( closing the opening in the heart valves. The blue and red blood mixing had caused the drop in the oxygen  level in simple words) .

I remember sitting outside the Operation Theatre as the doctor wheeled her in. I had placed my full faith in him and his expertise. We are grateful to Dr. Vikas Kohli for seeing us through this. The surgery took around 40 mins and the doctor came out and announced that the procedure was successful. That was the moment I broke down thinking how I had almost lost her. It gives me goosebumps even today as I write about it. But these experiences have only made the two of us stronger and our bond has strengthened. I know for sure I will see her through everything.

When mothers enjoy the “firsts “ of their babies, I know my struggles with each of “Anoushka’s firsts”. Even at sixteen plus there are many “firsts” which I document for her to read when she is old enough to understand and relive that journey through the blogposts.

Review of Chand Ehsaas by Criticspace