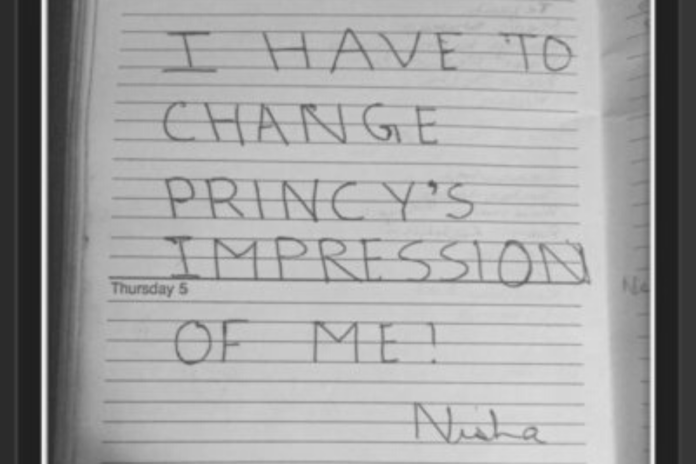 The most common and interesting memories one has of college are the goofing around with friends, the pranks one played and the friends you made for life. Mine was no different. It was the year 1989, my first year in College in Bhubaneswar. I don’t have any qualms in accepting that I was a brat, naughty, vibrant and full of life but often misunderstood. I mean I was harmless but always up-to some mischief and was caught red handed almost every time. But then what’s life without these memories.
So my pranks had finally reached the principal and one day he made a surprise  check in class, as usual I was up to something and there was a lot of noise around. We didn’t hear the danger coming! He breezed in , stood with his hands behind, in his signature posture  and said in a loud voice, “Hey you Agarwal girl, stand up!” Damn, that was it. He announced loudly, “You are the naughtiest girl I have ever seen!” Well, it came as a shock to me, I mean not that I was going to mend my ways but like saying this in front of the whole class was almost humiliating. I apologized , opened my diary in class and turned to the last page. In bold letters I wrote , “I have to change the Princi’s impression of me!”
Well , being a Taurean, what I set my mind upon, I accomplish. Within a few months I was one of his favorite student.
So the moral of the story is, Don’t change yourself for the world, eventually they will come around. If you are good, they don’t have a choice but like you and accept you with your flaws. I am glad that when Mr B P Tripathy , our principal retired a few years ago, and I called him to wish, I least expected him to remember me. It had been over 25 years since I left college and by then generations came and generations went. But the moment I told him my name, “Nisha”, he asked me “Agarwal?” And I was zapped, it’s the same “Agarwal” he used but the tone was very different, there was a lot of warmth in it.

Review of Chand Ehsaas by Booksreviewcafe